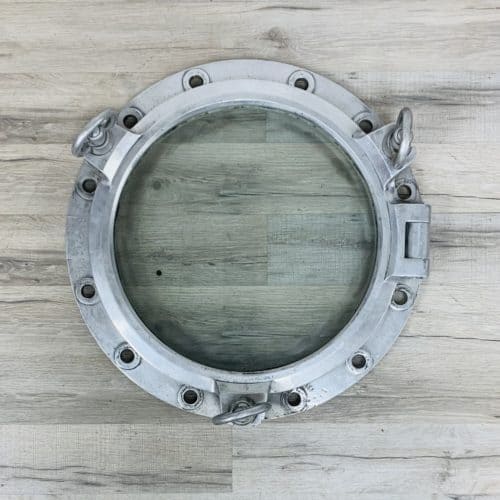 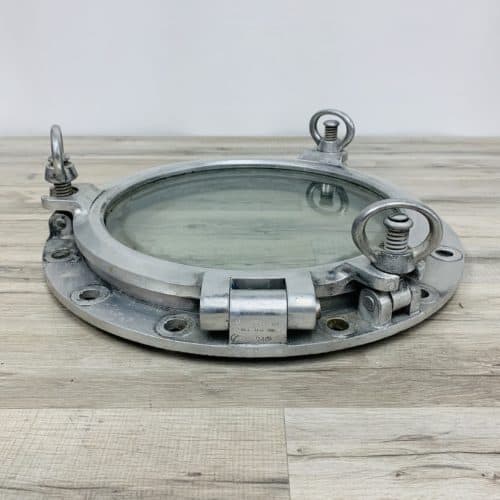 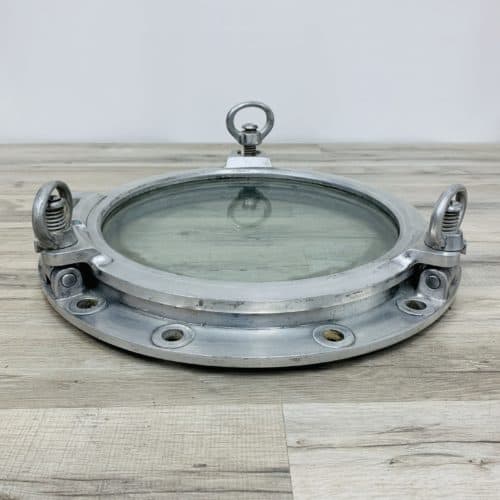 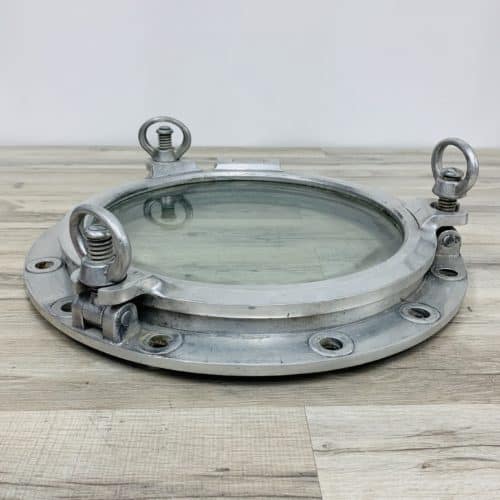 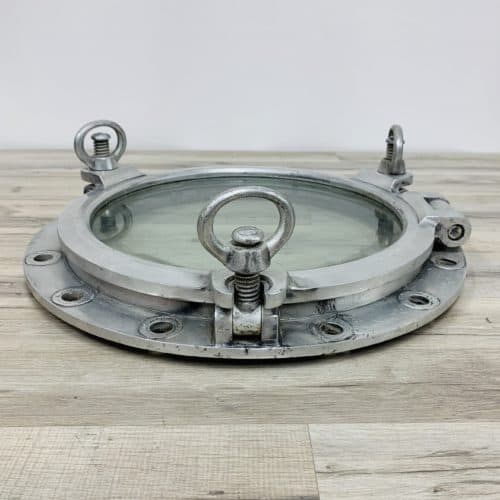 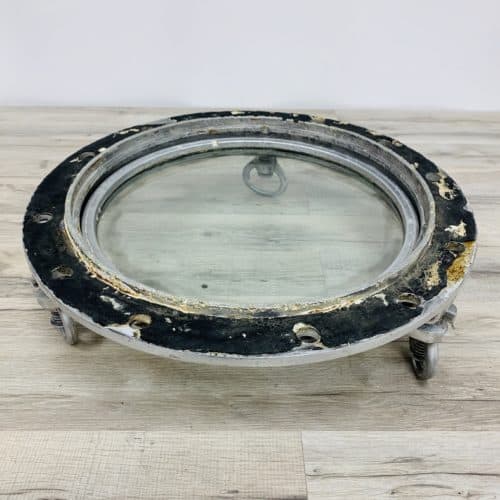 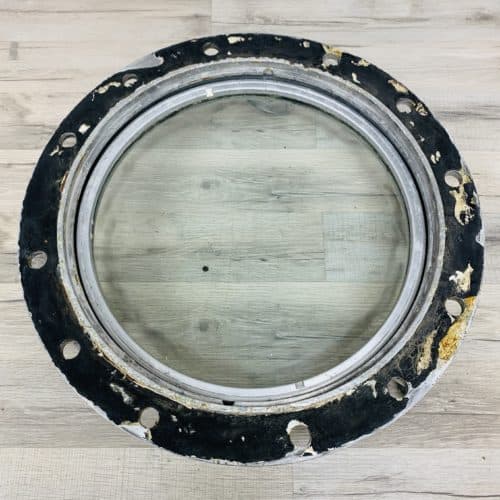 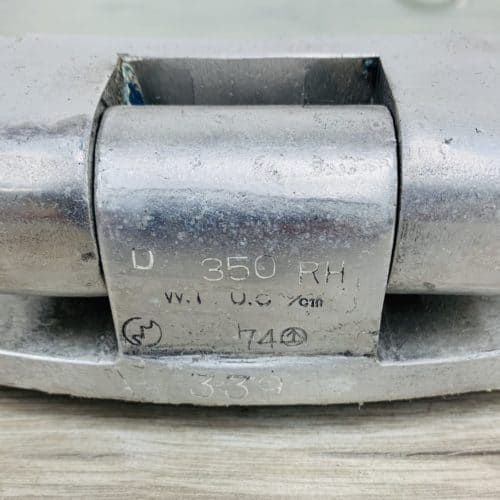 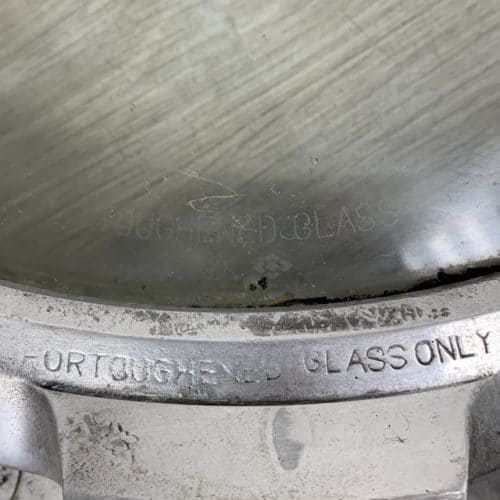 This Non Opening Three-Dog Aluminum 19 Inch Porthole that has been cleaned and polished. The mount ring measures 19 inches. The glass measures 13 1/2 inches and is original with light wear. Two of the three closure dogs spin on and off with no problem one is stuck in the up position. Weighs about 16 pounds.

The back side of the frame has a mount lip that is 1/2 inch. When mounted to the wall, this porthole will extend out a total of about 4 3/4 inches. This is an authentic porthole that was removed from a working vessel. You can expect some minor wear to the surfaces of the frame.

For an additional charge this porthole can be fitted with a custom mirror.

You will be shipped the Three-Dog Aluminum 19 Inch Porthole shown in the photos. 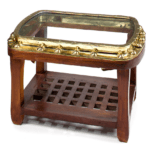