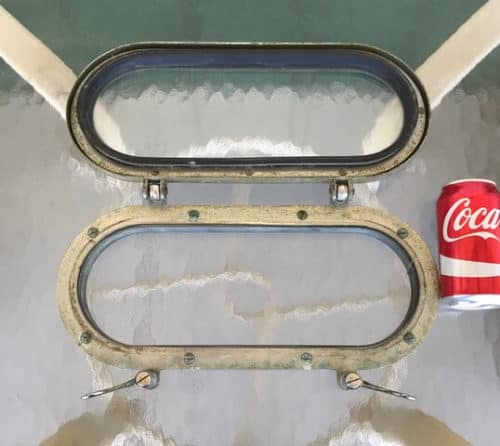 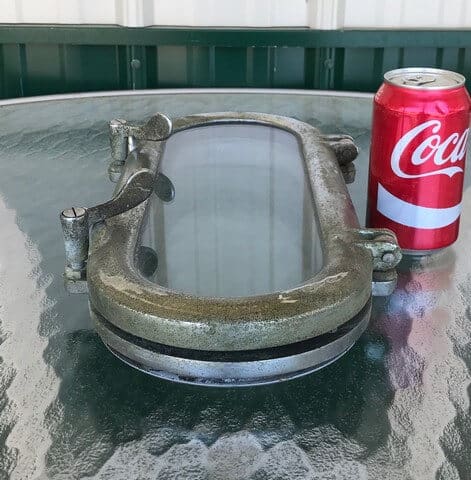 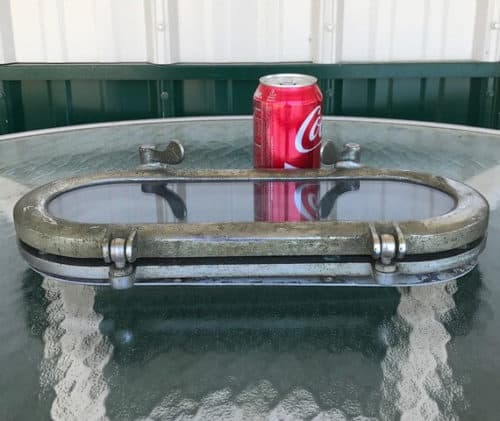 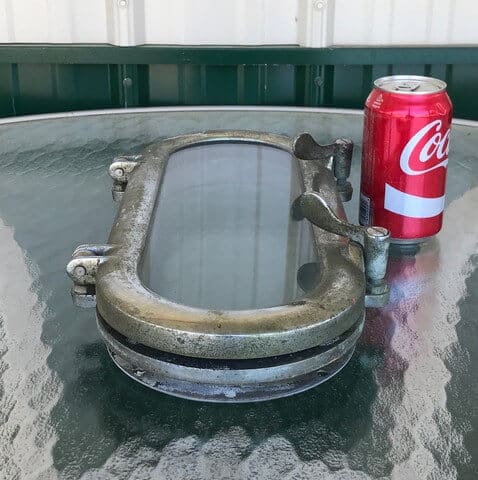 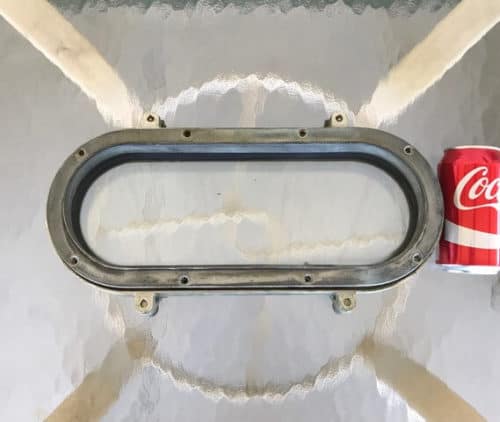 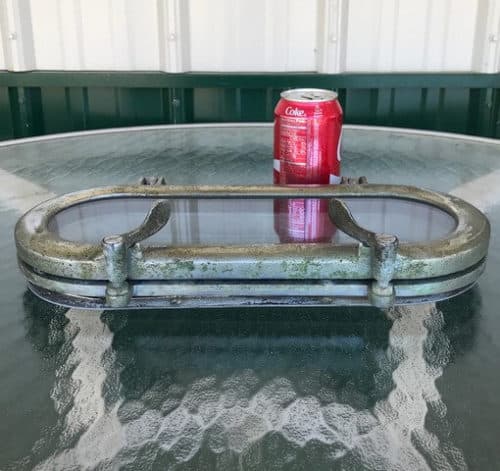 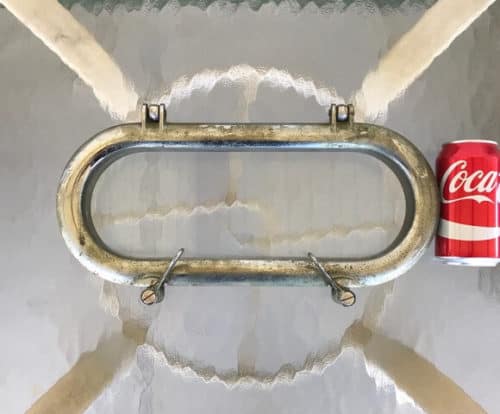 Here’s an oblong Chris Craft porthole that is nickel over brass and weighs just 9 pounds.  The outside of the frame measures 15 by 6 1/2 inches. The glass measures 13 by 4 1/2 inches. On the back, the raised flange measures 13 3/8 by 4 7/8 inches by 1/2 inch deep. The flange on the back is somewhat loose. Removed from a Chris Craft boat being cut up for scrap.

The closure dogs work and the window opens freely. The original glass has minor surface scratches. The nickel surface has some minor wear and corrosion.

You will be shipped the nautical oblong Chris Craft porthole shown in the photos.