Nautical lighting has become a high demand product for creative indoor and outdoor lighting projects. Nautical lighting is generally lighting made of cast brass or stamped copper parts. The cast brass material typically found in authentic nautical lighting gave the lights the ability to withstand the harsh elements associated with the saltwater conditions. Nautical lights can be found in many different designs, but the two most common designs are bulkhead lights and ceiling lights. 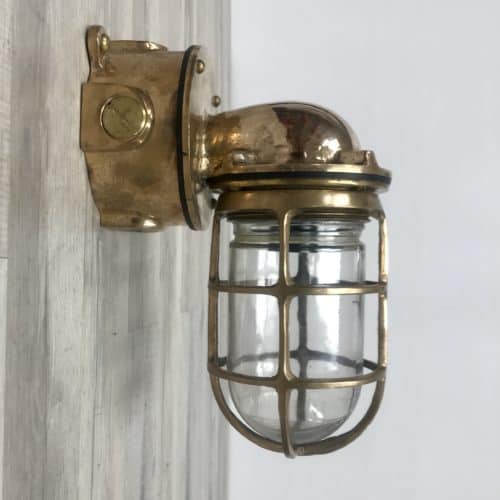 Bulkhead lights were designed to be mounted to directly to the interior and exterior walls of ships that were commonly called bulkheads. Bulkhead nautical lights are almost always bolted or connected directly to the wall with a 90-degree neck that directed the lamination in a downward direction. This design made the bulkhead lighting more waterproof and placed the lamination directly towards the walking or working surface. Bulkhead nautical lights have been used with and without junction boxes. The use of a junction box extended the lighting further away from the wall giving room for exposed wall conduit piping to enter the light and be waterproof.

Bulkhead nautical lights used without a junction box normally indicated the wiring for the light came from behind the wall and was feed directly into the back side of the cast brass housing. In most cases, these would have a glass globe with exterior threads on the open end of the glass. The threaded end of the glass globe would require about six to ten turns of the globe to be threaded into the top section of the cast brass housing. This often provided the first line of defense to block the entry of water into the nautical light. Many people refer to the design of these globes as a jelly jar, but unlike a jelly jar, true nautical light globes had a rounded end. These nautical lights will more often than not will then be fitted with a cast brass cage that also threads to the top housing of the light. This sturdy cage provides some protection to the exposed glass globe. 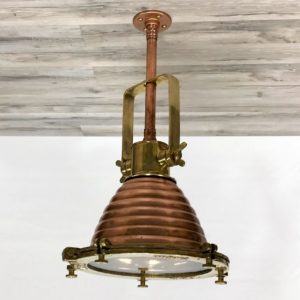 To browse our most popular nautical lighting options click here.