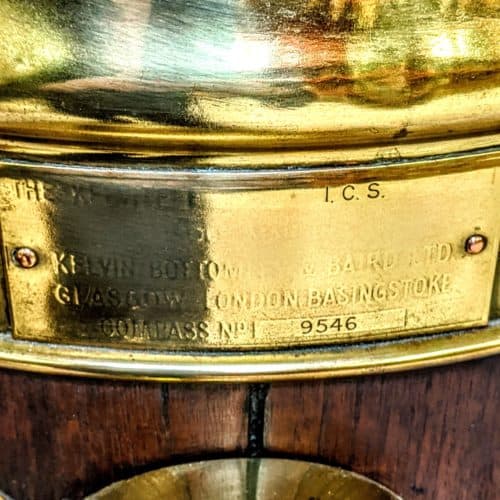 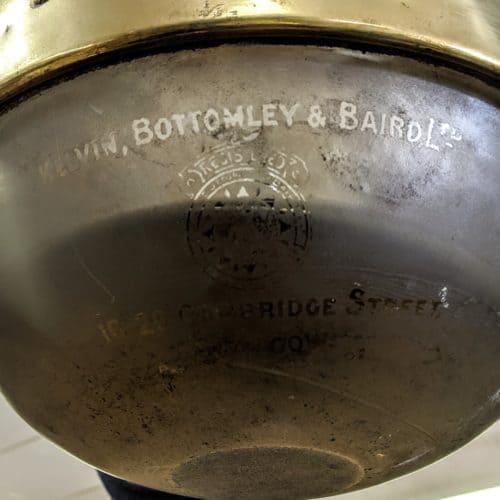 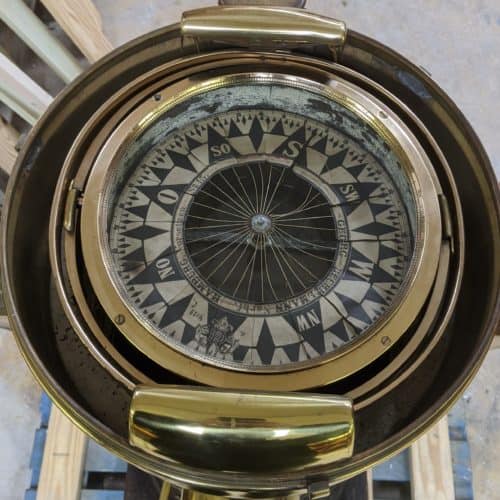 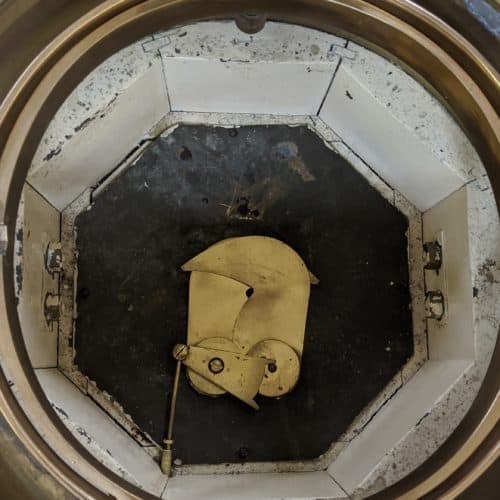 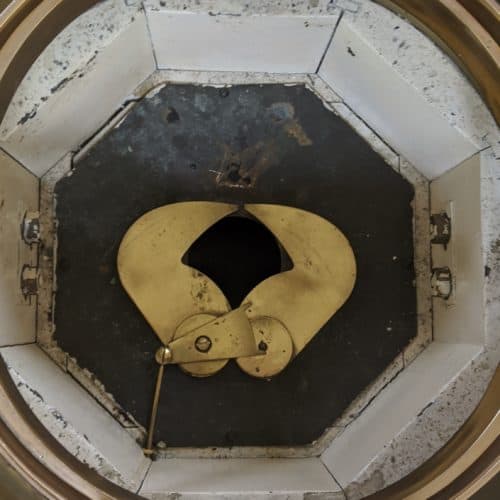 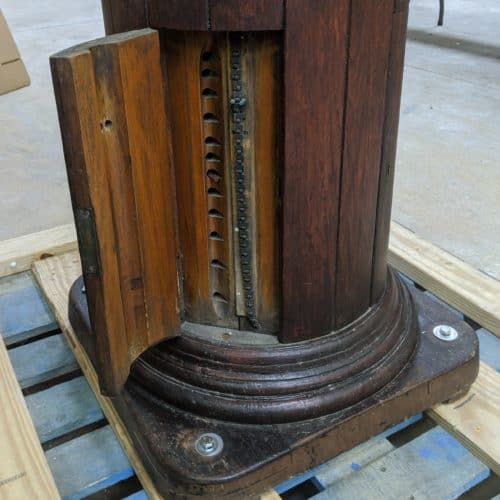 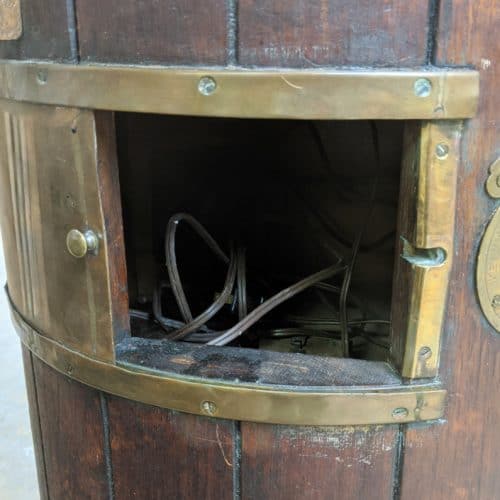 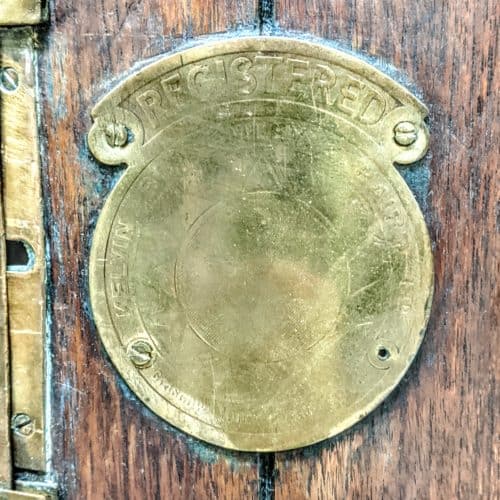 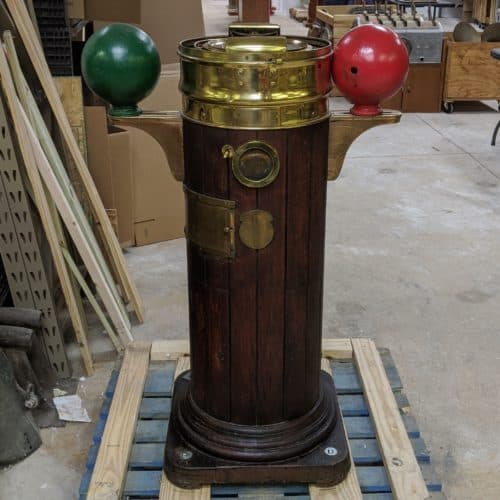 This is great rare piece to add to your nautical collection! A full-sized Kelvin, Bottomley & Baird Binnacle & Compass. We have another Kelvin binnacle but we didn’t receive a Kelvin compass with it. The dry card inside of the Kelvin compass was tore to shreds and sat in our warehouse for a year. We recently got our hands on an authentic dry card compass that was manufactured by a German, using Kelvin’s design. This exactly fits into the compass we have and we installed it and confirmed it’s functionality.

The company was very prominent in the industry thanks to their illustrious owner, William Thomson. The binnacle itself was produced in Glasgow, sometime between 1913 and 1947.

The Kelvin, Bottomley & Baird Binnacle & Compass shown in the photos will be shipped to you.

Head over to our Pinterest page for some additional nautical inspiration.