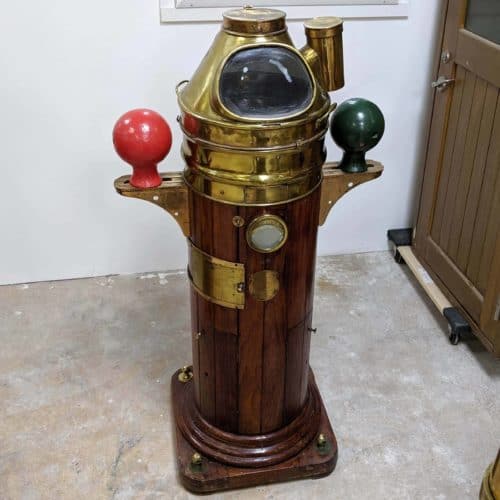 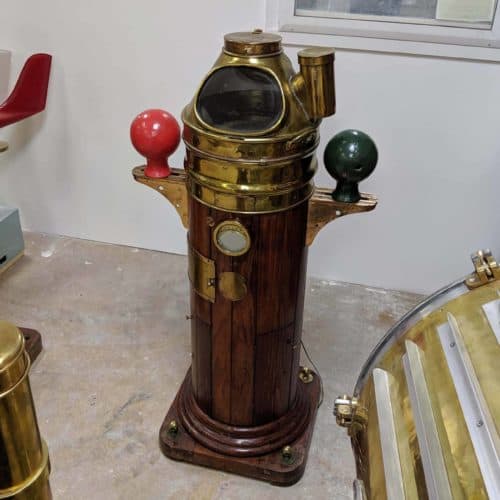 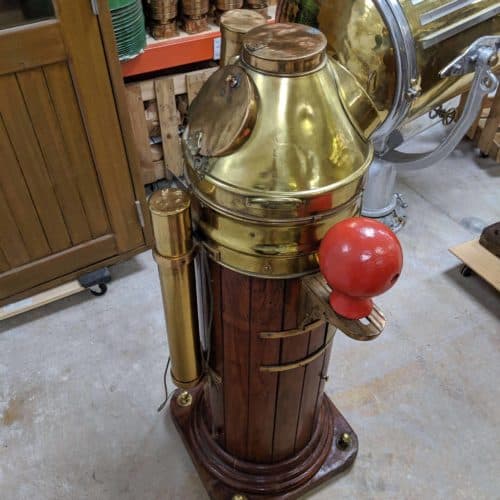 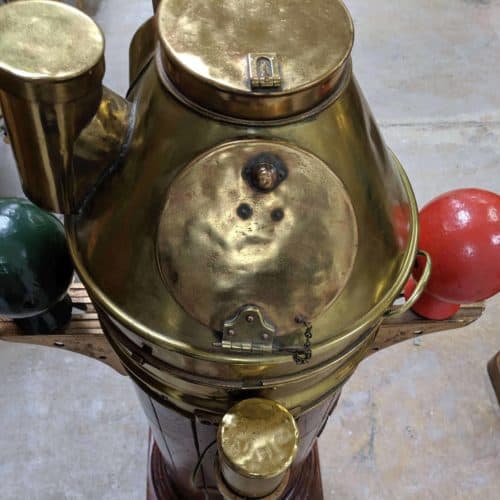 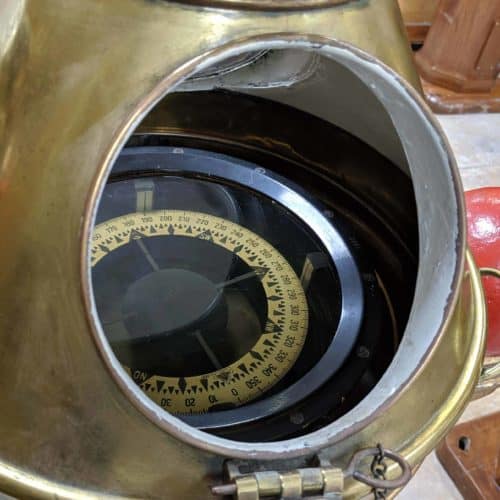 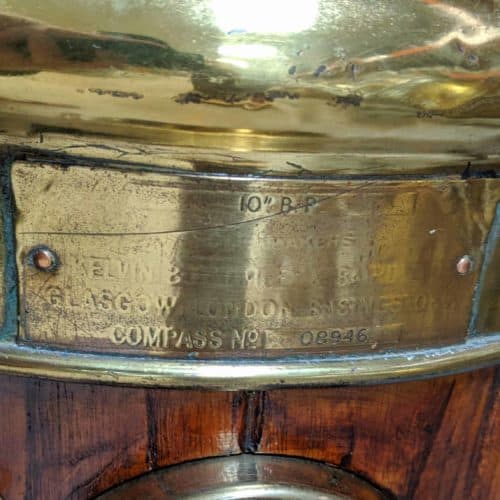 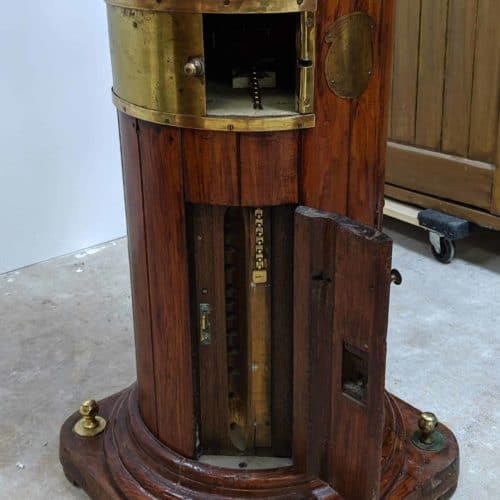 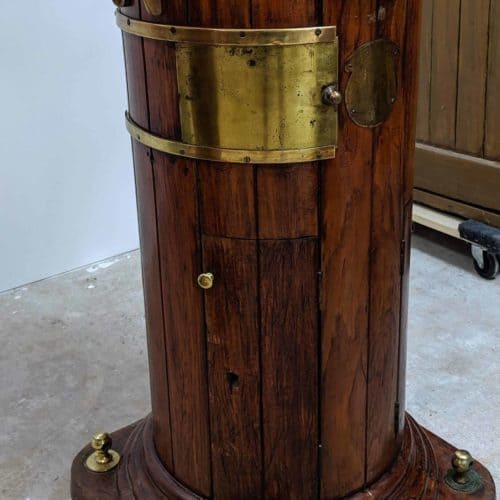 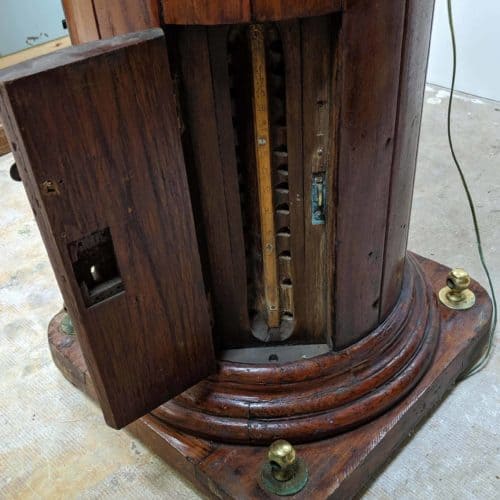 Here we have an impressive ship’s compass binnacle by Kelvin, Bottomley and Baird.

The company was very prominent in the industry thanks to their illustrious owner, William Thomson. However, The ship’s compass on the inside of the binnacle was produced by W. Ludolph. The binnacle itself was produced in Glasgow, sometime between 1913 and 1947.

You will be shipped the authentic ship’s compass binnacle shown in the photos.