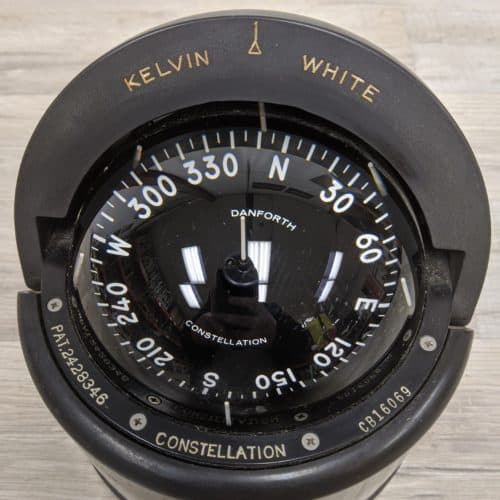 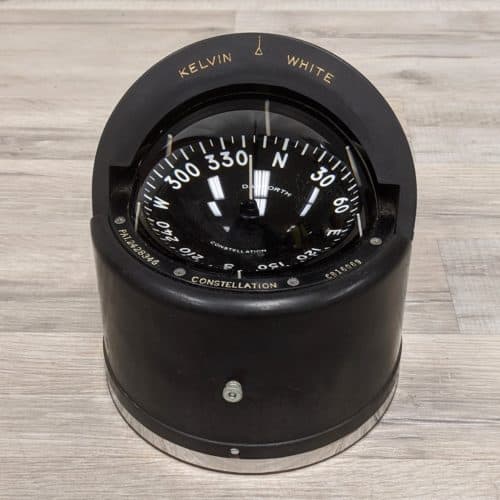 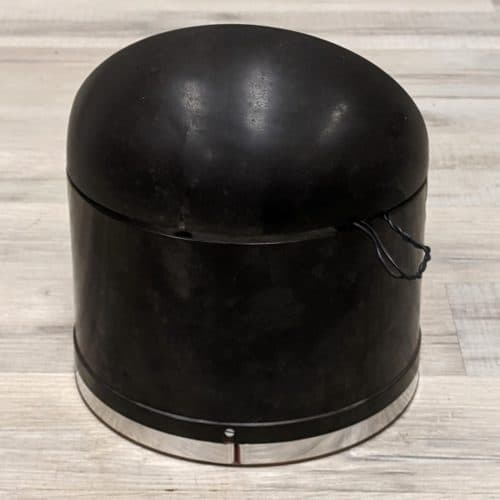 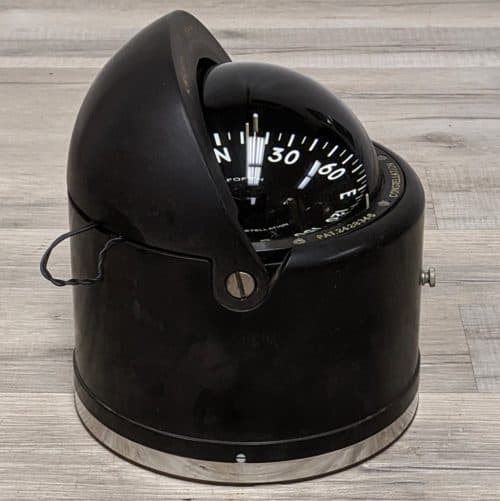 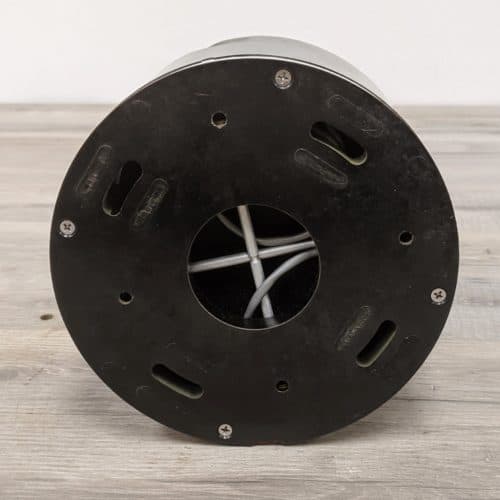 This unique Kelvin and White Constellation Compass is a beautiful table-top compass piece. The original compass was manufactured between the years 1947 and 1961. The compass card was inserted years later, as the Danforth company didn’t buy Kelvin and White until 1961.

The company was very prominent in the industry thanks to their illustrious owner, William Thomson.

James White founded his own firm named James White in 1850. By 1854, White was working closely with Thomson’s designs to produce electrical instruments. In 1876, White was providing accurate ship’s compasses and binnacles for metal ships according to Thomson’s design. In 1899, Thomson resigned from his position at the university and the next year, a new company was incorporated – Kelvin and James White Ltd. By 1913, the company underwent a name change to Kelvin Bottomley and Baird Ltd. In 1941, the company merged with Henry Hughes and Son, which became known as Kelvin and Hughes.

The helmet glass and compass glass appear to be undamaged – just needs cleaned up a bit.

You will be shipped the Kelvin and White Constellation Compass shown in the photos.