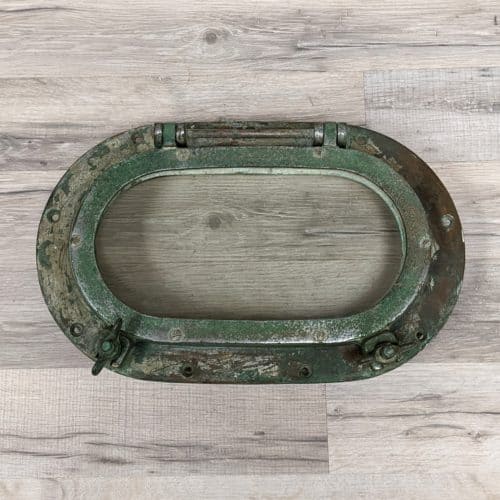 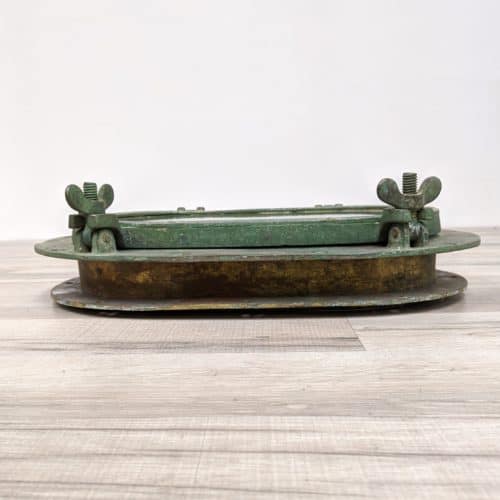 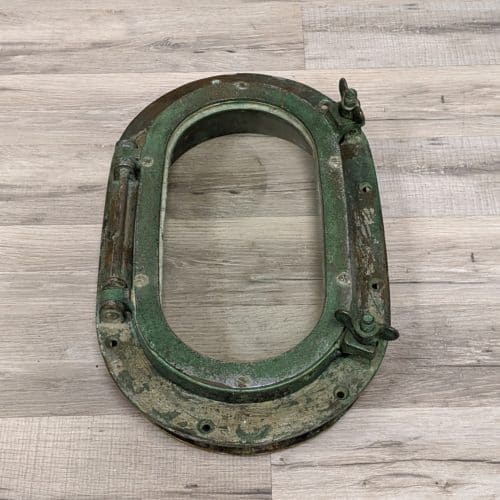 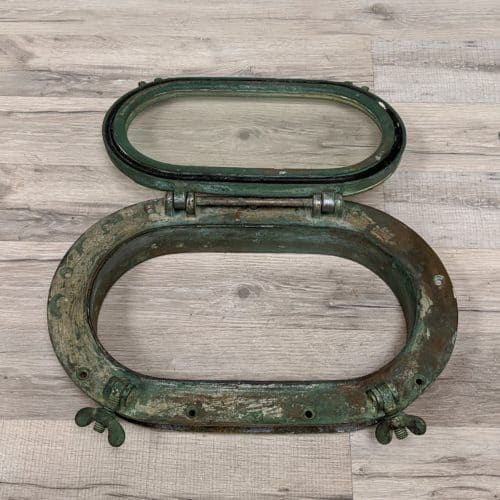 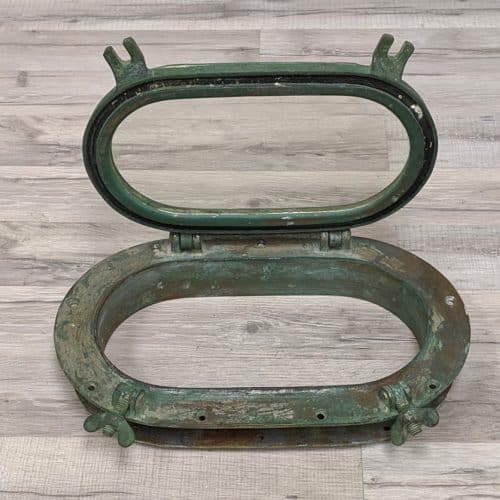 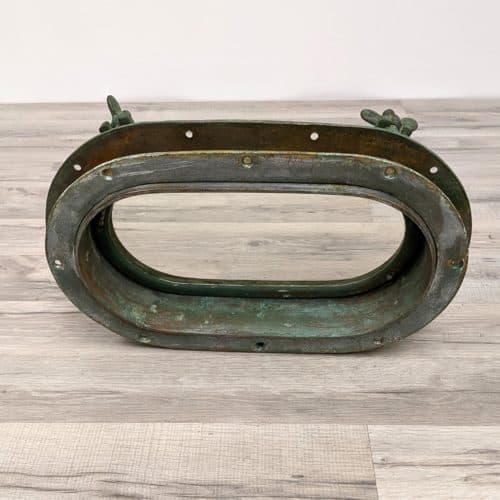 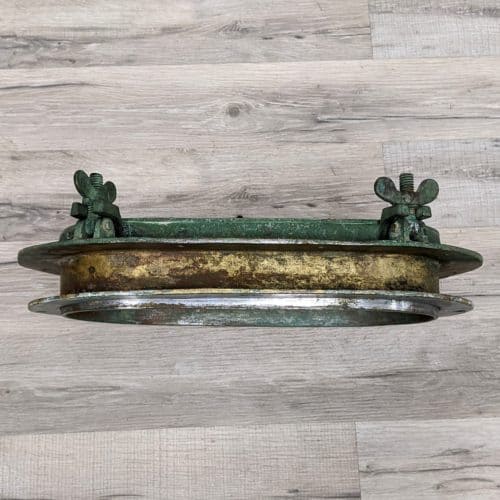 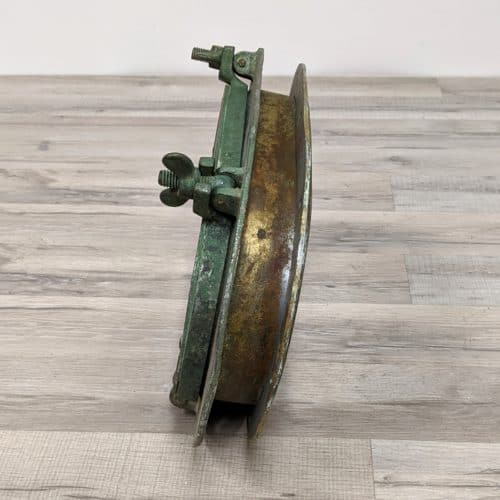 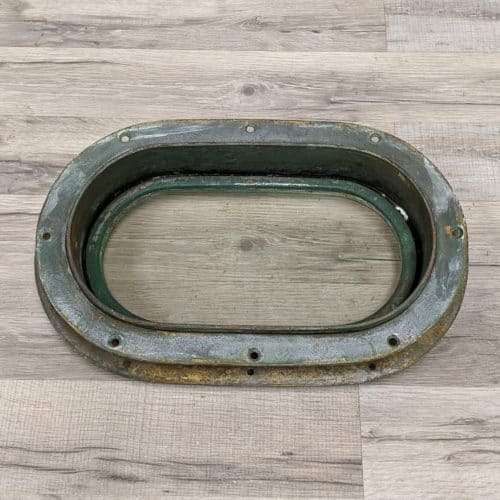 This is an authentic Antique Nautical Oblong Porthole. This porthole weighs just over 16.8 pounds.  The frame of the porthole measures 15.25 inches long and 9.5 inches high. From the knobs on the front, to the inset on the back, the width measurement is 4 inches. From the plate where the porthole will be mounted, the inset is 1.3 inches.

The two wing-nut dogs work and the window opens freely; the original glass has minimal surface wear. This porthole is in as found condition. The exterior is unpainted with a quite nice patina.

You will be shipped the Antique Nautical Oblong Porthole shown in the photos.

Check us out on Pinterest for more rectangular brass porthole ideas! We’re always posting our new arrivals, as well as pinning any creative nautical decor project we see online. 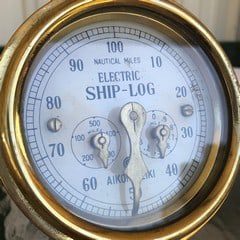