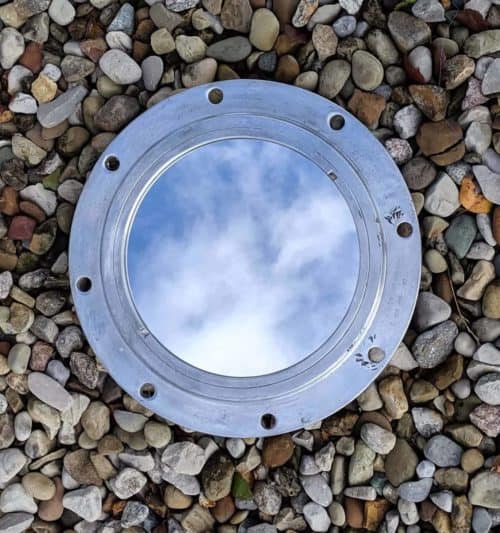 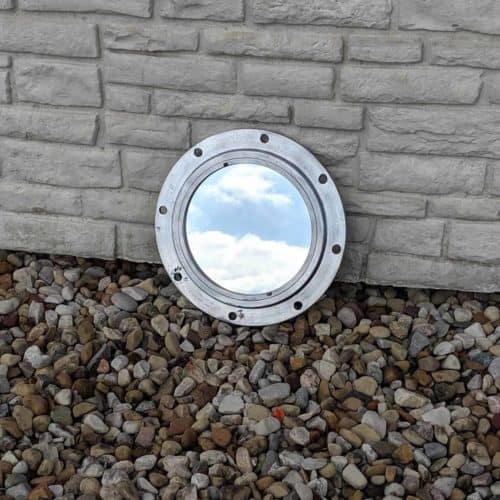 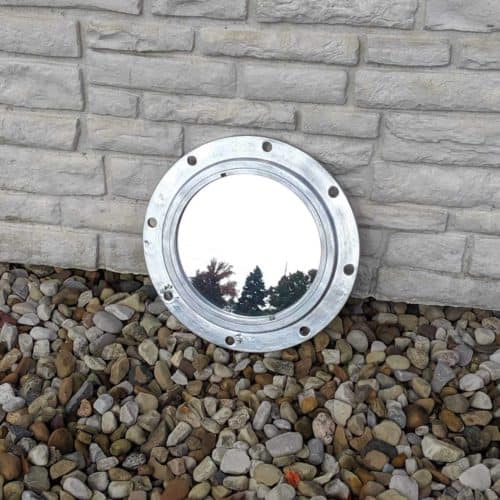 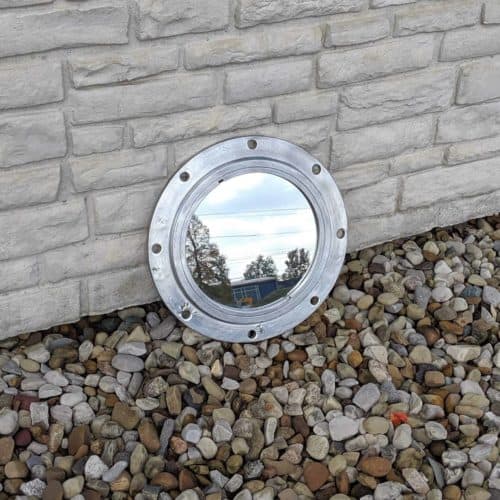 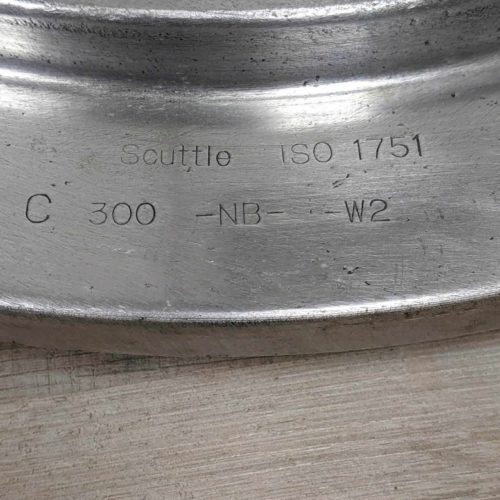 Nice original Flat-Faced Aluminum Porthole Mirror has been cleaned, polished, and made into a nautical mirror. This would be a beautiful piece  in a bathroom, with a pair of aluminium wall sconces on both sides. We’ve seen quite a few customers use aluminium porthole mirrors for their bathrooms. You could also throw this up on the wall to add a dash of nautical decor to a room, or even, behind a bar.

The mount ring measures about 17.75 inches. The glass measures 11.75 inches and is original with light scratches on the surface. Weighs about 14 pounds.

When mounted to the wall, this aluminum porthole will extend out a total of about 1.75 inches. This is an authentic porthole that was removed from a working vessel. You can expect some minor wear to the surfaces of the frame.

You will be shipped the Flat-Faced Aluminum Porthole Mirror that is shown in the photos.