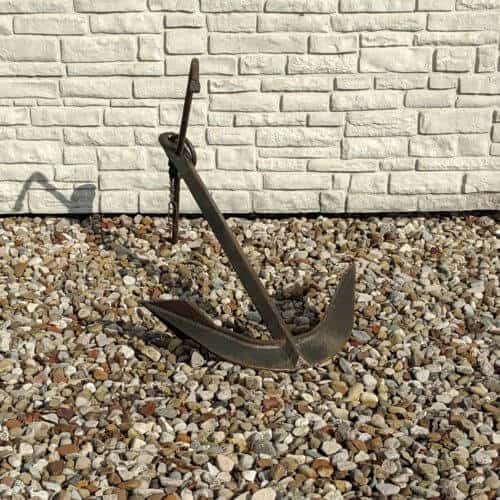 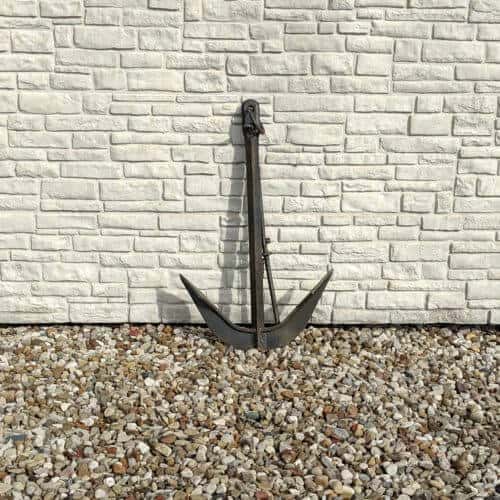 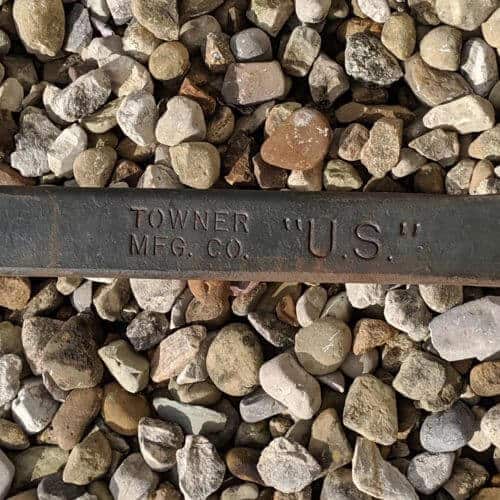 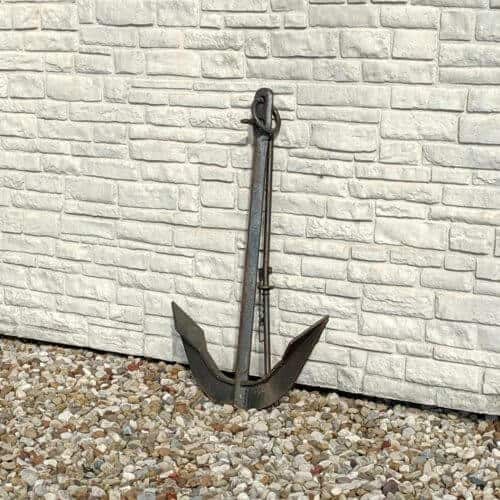 Here is a large Vintage Iron Great Lakes Anchor that was salvaged from a bailey bridge in Canada. This anchor was produced by Towner Manufacturing Company. Towner Manufacturing Company was an American company that operated from 1915 to 1986. They specialized in farming equipment and implements but their owner, Fred Towner, was a highly skilled blacksmith and eventually worked on other blacksmith projects – such as this anchor.

These are Kedge-style iron anchors that were used to secure a Bailey Bridge in Ontario. The Bailey Bridge is a type of Pontoon Bridge and was used for the first time in 1942. These early versions of the Bailey Bridge would use pontoons to support the bridge and keep those pontoons in place with anchors. These anchors were used around 1945 until it was decided to construct a more permanent Bailey Bridge and they have been sitting in a warehouse ever since. Bailey Bridges were used frequently in World War II as they were easily portable and could support large amounts of weight such as an army’s infantry as well as their tanks.

This vintage iron anchor would look great in the front yard of your business, marina, or even your house!

You will be shipped the 52 inch Vintage Iron Great Lakes Anchor that is shown in the photos.