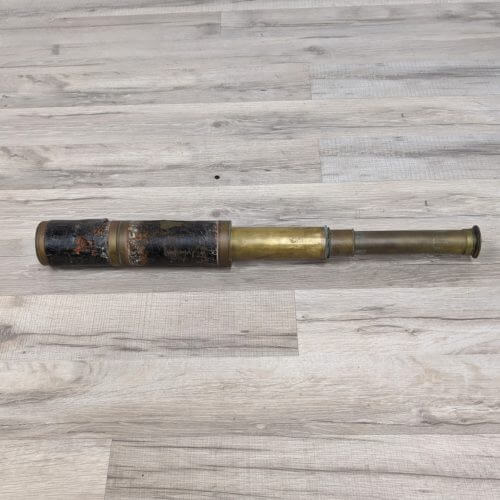 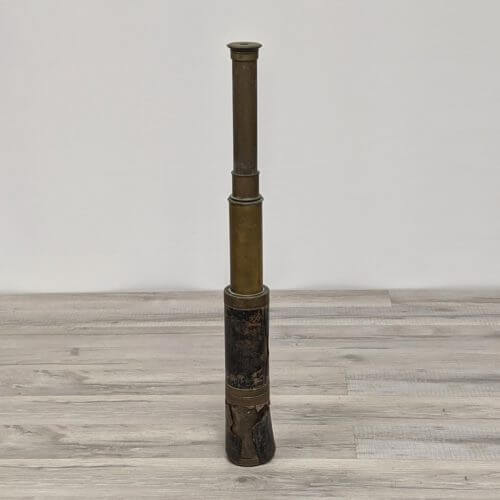 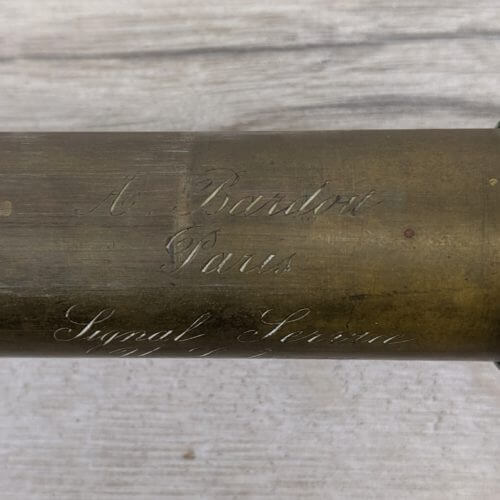 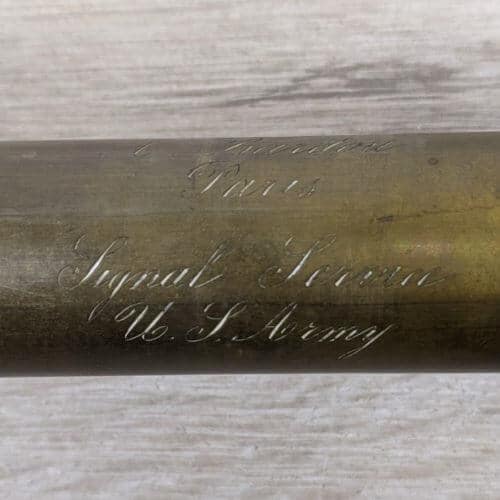 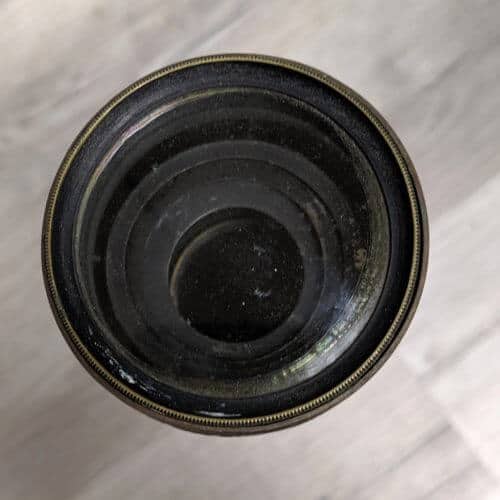 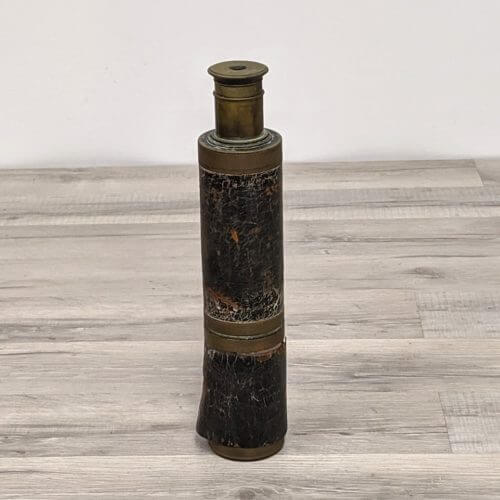 This is an antique Bardou telescope that we have for sale today.

In 1860, the U.S. Army adopted a new system for visual communication over long distances. This method was created by Albert Myer and he served as the only officer of the U.S. Signal Corps until 1863 when Congress authorized some 2,800 men to serve in the U.S. Signal corps alongside Myer during the Civil War. In the case of telescopes he turned to
the Philadelphia firm of James W. Queen. Queen would import telescopes from the famous French telescope company, A. Bardou & Sons. After a little while, Queen began to replace the Bardou name on the telescope with his own – ‘Queen’.

The telescope that we have listed here served during the early years of the U.S. Civil War as it bears the Bardou name, as well as the engraving for the U.S. Army. The exact engravings are as follows:

All of the historical information on this page was sourced through this article of Notes on U.S. Signal Corps Telescopes, from 1860-1865 by David Winfred Gaddy.

You will be shipped the Antique Bardou telescope shown in the photos.